The starting point for Sister Ships was the thought experiment ´The Ship of Theseus`. I made two paper ships, one of ink and one of gold. The exact same incisions were made in both ships and then each piece was replaced by its sister part from the other ship. Impossible to take every path in life, we take on new things that form us, leaving something else behind.

This piece led to the commissioned illustration for the cover of the Riverbank Arts Centre programme. 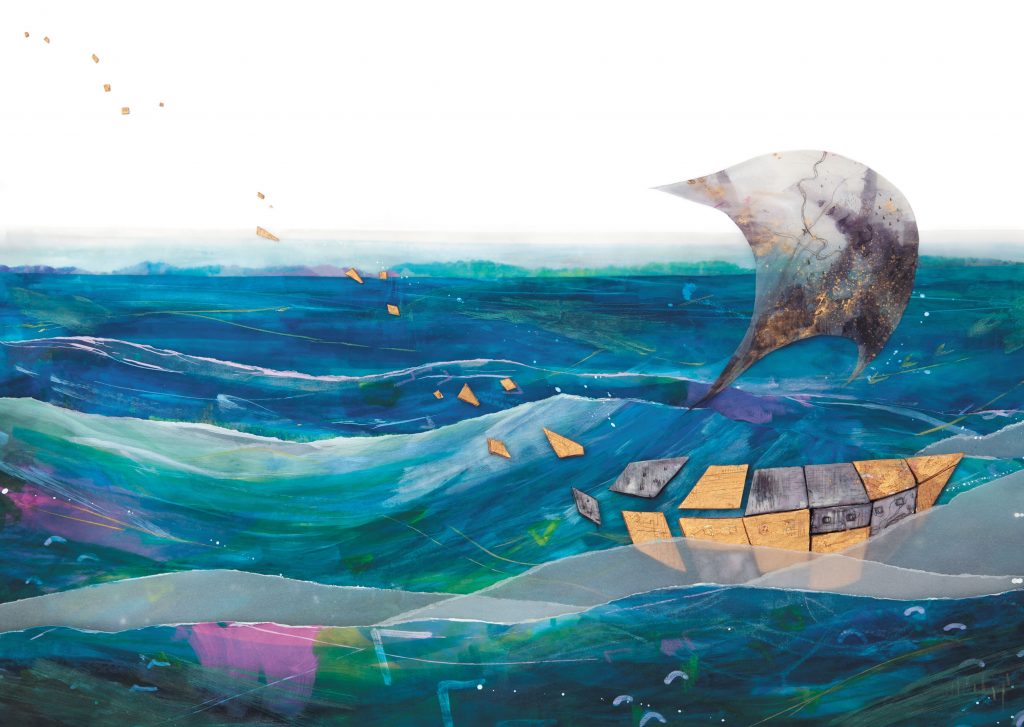